It is the second time that Jayisha Patel will be part of Berlinale Shorts and we have had the chance to hear a few words about her film ‚Circle‚ and future plans.

Born in London, UK in 1987, Jayisha Patel first studied economics at Nottingham University and then film at the Escuela Internacional de Cine y TV in Cuba and the National Film and TV School in the UK. Her short films have screened at renowned international festivals. Jayisha Patel first participated in the Berlinale Shorts Competition in 2014 with her documentary film ‚A Paradise‘. Her work seeks to give a platform in particular to women of colour who are fighting stereotypes. ‚Circle‚ is a film about present-day India. Three men sit at the edge of a field smoking. A woman is crouched in the field working. Another is cleaning the floor in the house. Two young women are shucking peas. One of them tells her sister about her rape and who she blames. It’s her own grandmother’s fault. The fire blazes away out in the field. A film about the cycle of violence and the possibility of escaping it.

22 films from 18 countries will be competing for the Golden and the Silver Bear, as well as the Audi Short Film Award, worth € 20,000, and a nomination for the European Film Awards. 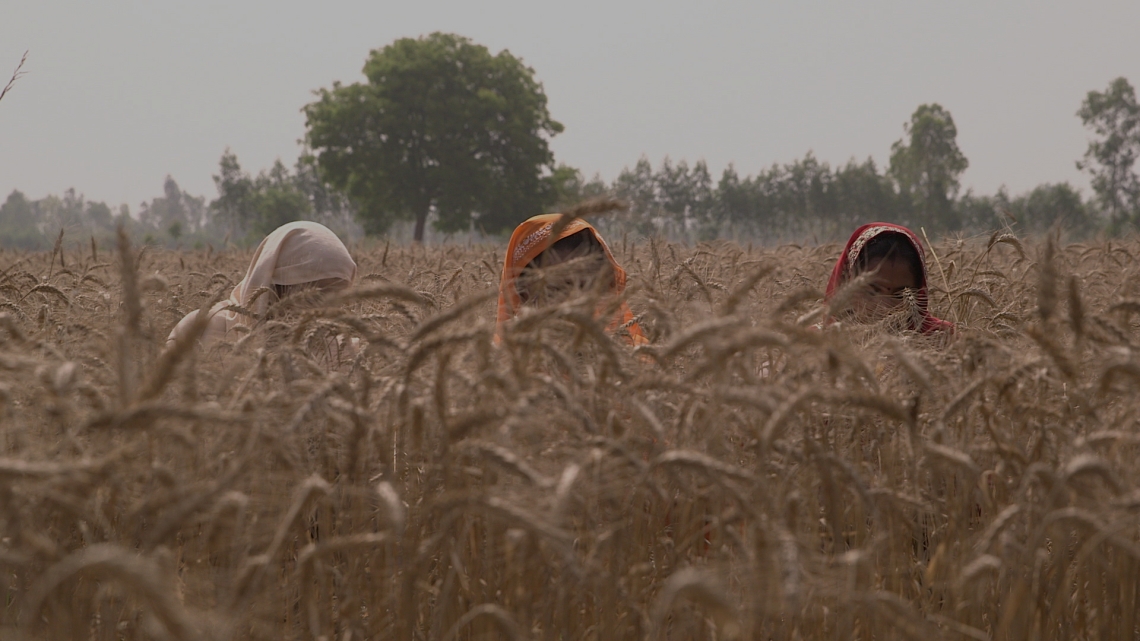 With ‚Circle‘, I wanted to take viewers into Kushbu’s internal world. This is a world that is not seen, but rather felt. The intention was to juxtapose the stunning rural landscapes of Utter Pradesh, with the dark reality of her internal life, so as to challenge the viewer in a visceral way. I hope by doing so, viewers can tap into the unspoken within themselves.

I love how short films have this particular type of emotional charge to them. They can be a force of nature, entering with a huge amount of energy and then out of nowhere, disappear, leaving embers behind. They are an opportunity to close a chapter rather than a book, leaving the viewer with many questions unanswered. This is a wonderful thing because it enables the viewer to linger on the film long after they have left the cinema. For me, a short film is also an opportunity to invite a viewer to inhabit a space, rather than explaining all of that space. This is because there is no time to explain everything so the short form becomes this beautiful space to just connect and translate pure emotion. I also love how the limitations associated with making a short film can also force the film to find an inner language. It’s this inner language that I feel can enable a film to take on unconventional approach, leading to potentially bolder pieces of filmmaking. Lastly, I love that structurally, you cannot afford to digress in the same way you can with a feature will. This means you have to have a very rigorous approach to understanding your character and translating that onto the screen. There is nowhere to hide and therefore in doing so, you also confront yourself a lot as a creator, in the hope that the viewer can in turn do so, too.

What are your future plans?

I am currently an artist in residence at Somerset House in London, where I am working on an emotionally responsive virtual reality experience, called ‚After The Fire‘. It is supported by Anidox and the Danish Film Institute. I work a lot at the intersection of documentary filmmaking and technology and this project has really pushed me to explore both forms to their maximum. I am also developing my first narrative feature. A cinematic hybrid set in London dealing with race and womanhood.  Coming from a minority background, I feel that a lot of our narratives have been appropriated, which can be painful at times, and told from a Eurocentric/western gaze so the film is essentially about taking that narrative back, owning it and telling it with nuance from a place of solidarity.