Gabriel Abrantes‘ films explore historical, social and political themes through an investigation of post-colonial, gender and identity questions. Two of his numerous short films (Taprobana (2015) and Freud und Friends (2016)) have already screened in Berlinale Shorts. This year he is selected with his film »Os Humores Artificiais«. 23 films from 19 countries will be competing for the Golden and the Silver Bear as well as the Audi Short Film Award, worth € 20,000, and a nomination for the European Film Awards at the 2017 edition of Berlinale Shorts. 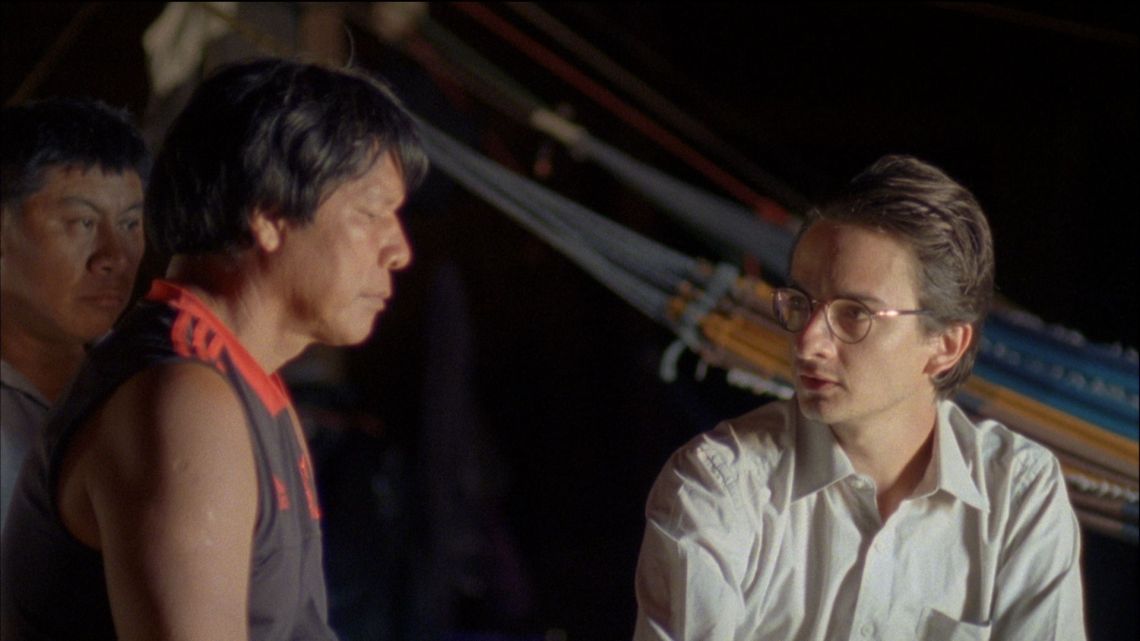 I wanted to make a sci-fi film that crossed artificial intelligence, south american indigenous anthropology and comedy.  Most of my films have characters that have difficulty communicating, sharing their worldview, or feeling alienated – that are dealing with strong sensations of estrangement. Then I like to  bring these people together – so I came up with a love story about a stand-up comedy robot that fell in love with a Yawalapiti girl that was expelled from her village.

In the last year of art school I bought about two hours of Kodak short-ends and made four shorts over six months.  They are very rough, but I really like them. It was very important for my psychology that I had this investment in a precious material like film – it made me have a lot of care for what I was shooting. Shortly after university I moved to Portugal, and I have been working there ever since, making short films. It is a form that I really like – how it is not an easily lucrative form – so it becomes a laboratory for experimentation, which is where I really like to be when I am writing and making films – in the laboratory, trying out things that I am curious to experiment with work.

I’m currently editing my first feature, and I am working on writing a second feature my high school days, when I spent most of the time painting. I will also make my first short animation, which is about a sculpture that comes alive in the Louvre, and escapes to go participate in the Republique occupation protests.